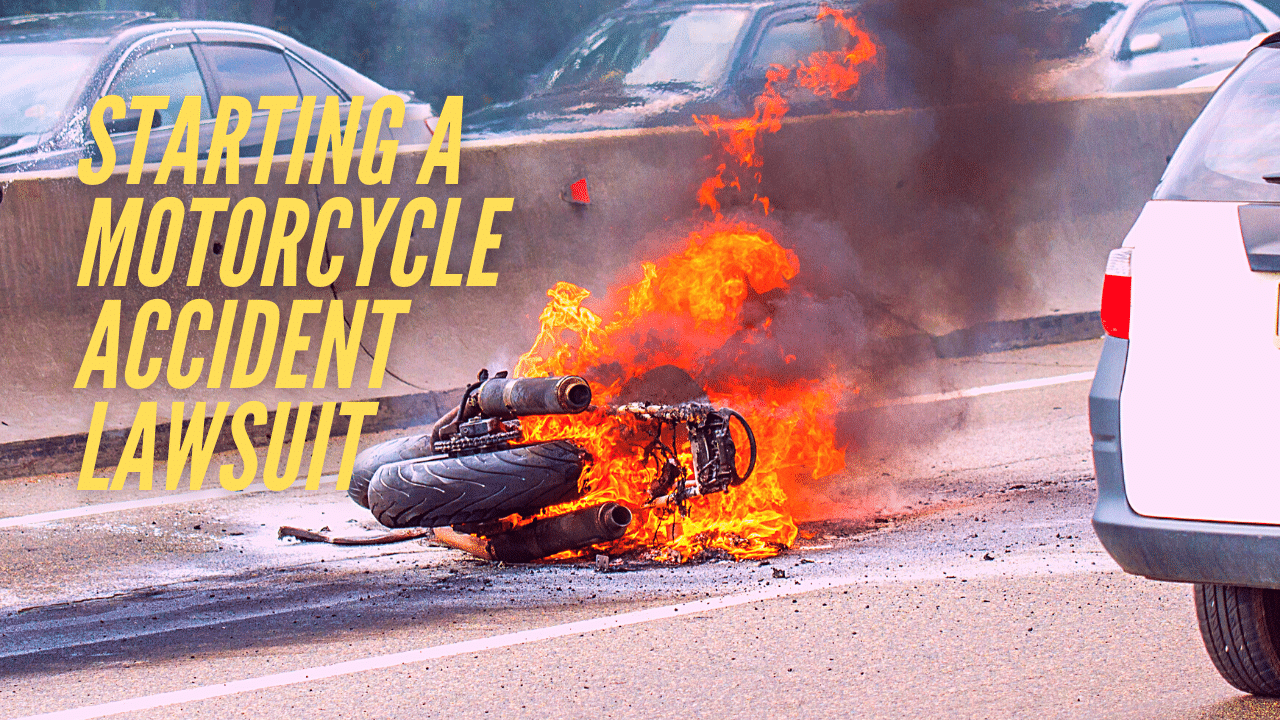 Motorcycle riders are subject to a different set of dangers than drivers of any other type of four-wheeled vehicle, and with the freedom, thrill, and exhilaration associated with motorcycle riding comes a greater degree of risk.

Despite the increasing number of motorcycle accidents throughout the years, riding motorcycles remains a convenient and exciting activity for many people. As owners of dangerous vehicles, it becomes even more important that motorcycle riders know their legal rights so that should they be involved in a motorcycle accident, they would know what legal steps to take and who to hold accountable for their losses and damages.

Taking the legal route will not be a walk in the park. Whatever path a victim ends up taking—be it settlement or trial—will always come with their own set of challenges and complications.

For settlements, the challenge comes in the form of insurance companies that refuse to make filing personal injury claims easy. They are also quite notorious for doing everything they can to offer victims measly settlement amounts or even deny their claims.

For motorcycle accident cases that end up going to trial, one of the biggest obstacles to overcome is jury bias. This is because motorcycle riders have a bad reputation that makes jurors prejudiced against them. And since this is quite a well-known fact, insurance companies tend to capitalize on this and exploit the stereotype.

On top of the physical and emotional suffering, having to deal with all the legal consequences will also provide additional stress.

This is because, before deciding which route to take, an injured motorcycle accident rider who pursues a personal injury claim must first prove that the other driver is at fault. The victim must also prove that the injuries sustained and damages incurred were a result of the accident.

In simple words, it must be proven that the other driver was negligent.

What does negligence mean?

In the context of accidents, negligence is the failure to take reasonable care to avoid causing injury or loss to another person.  Here are some examples of negligent behavior that can cause motorcycle accidents:

If a motorcycle accident victim can establish negligence, damages can be demanded for any loss that came as a result of the accident.

Hiring an experienced personal injury lawyer and talking to one about the details of the accident should be the first course of action of any motorcycle accident survivor. This is because a lawyer will be able to make the victim understand his legal rights and ensure that every detail is recorded while they are still raw in the victim’s mind.

A lawyer will also need to retrieve the following information to process the victim’s personal injury claim:

A lawyer should also let the victim sign a retainer agreement. In some states, lawyers work on a contingency basis. This means that the victim does not owe the lawyer any money unless a favorable settlement amount or verdict is reached on the victim’s behalf.

Once the lawyer has obtained all relevant information from the victim, an investigation should begin shortly. So the sooner a victim gets a lawyer, the sooner the personal injury claim is processed.

Now, the victim will need to provide evidence to prove that the other driver’s negligence is what caused the accident.

After the victim’s initial meeting with a lawyer, the latter should get a copy of the police report. This piece of paper may hold valuable information—how the accident happened, factors that affected the accident like the weather or the traffic situation at the time of the accident—that could be vital for the victim’s case.

The police report also identifies people who were present at the scene and witnessed the accident. Once the witnesses are determined, the victim’s lawyer should begin speaking to them to know whether they have important information that will be favorable to the case.

In some instances, witnesses may be asked to provide sworn testimonies in the form of affidavits or depositions. By doing so, the victim’s lawyer will be able to preserve evidence for trial and ensure that the witnesses do not change their version of how the accident happened.

Pictures can also be crucial in proving negligence, and this is something that a lawyer should speak about to, or ask from the police and the witnesses. Photos that show the vehicles at the scene of the accident can be especially helpful in proving who was at fault for the crash.

Putting an amount to the claim

Another crucial bit of evidence that is needed for a victim’s personal injury claim is the proof of damages. Physical, financial, and emotional damages should all be compensated for, and in a motorcycle accident lawsuit, damages are either compensatory or punitive.

Compensatory damages are those that can be calculated exactly. These include hospitalization costs and other medical expenses the victim has accumulated on the road to recovery. The same applies to lost wages during the victim’s recovery because of the inability to work. If there was property damage to the motorcycle, this can also be determined monetarily.

In terms of the injuries the victim sustained as a result of the accident, some pieces of evidence that can be used are the medical records and narrative reports prepared by medical experts.

In terms of lost wages, payslips and tax returns can serve as evidence if the victim is pursuing damages for it.

Punitive damages are those that cannot be measured exactly and do not have a fixed monetary equivalent. These include pain, suffering, loss of consortium, and emotional distress. A lawyer should be able to determine the exact figures for these less tangible and non-economic damages that the victim has experienced.

Only a small percentage of motorcycle accident lawsuits proceed to trial because the majority of these cases already settle beforehand. Despite this, there is still no fixed settlement amount for personal injury claims because no two motorcycle accidents are the same.

Once the victim completes treatment for their injuries and all necessary evidence has been gathered, his lawyer should prepare a demand letter for the at-fault driver’s insurance company. Once the letter is received, the insurance adjusters are obliged to review the demand and the evidence before issuing a response.

Should the insurance company accept fault for the accident on behalf of its insured driver, an initial offer will be made. The victim’s lawyer should be able to advise if the offer is fair and whether it is an acceptable one or not.

However, if the insurance company refuses the victim’s demand, the victim’s lawyer will then proceed to file a lawsuit and take it to court. Once the lawsuit is filed, the discovery period will follow. During this period, the victim will have to answer written questions called interrogatories and sit for a deposition.

The at-fault driver’s insurance company may offer another settlement after the discovery period. But if the victim still finds the settlement amount unfair, the court will now schedule the trial and assign the case to a judge.

Deciding on whether to settle a claim or not

If the at-fault driver’s insurance company comes forward with a settlement offer, the victim’s lawyer should able to advise whether to accept or not. But ultimately, the final decision is up to the victim.

Some of the factors that will help a victim decide whether to settle or not are as follows:

Taking the claim to court

Once a decision has been made to reject the settlement offer, the trial has been scheduled, and the case has been assigned to a judge, it is now time for the victim’s legal counsel to pick a jury. Both the plaintiff and the defendant will attempt to select jurors who they believe will be favorable to them.

Once a jury is sworn, evidence will then be presented by the legal counsel of both parties. In some cases, the victim may have to testify and answer questions during cross-examination. The victim’s lawyer may also call other valuable witnesses to the stand.

Both sides will also present testimonies from medical professionals to issue an opinion regarding the nature and extent of the injuries the victim sustained in the accident.

Once both parties have presented all evidence at their disposal, it is now up to the jury to decide who was responsible for the accident. The jury will also determine the amount of damages that should be awarded to the victim. However, jury decisions are hard to predict, which is why most victims end up settling to avoid going through more stressful legal proceedings.

What are the common causes of single-vehicle motorcycle accidents?