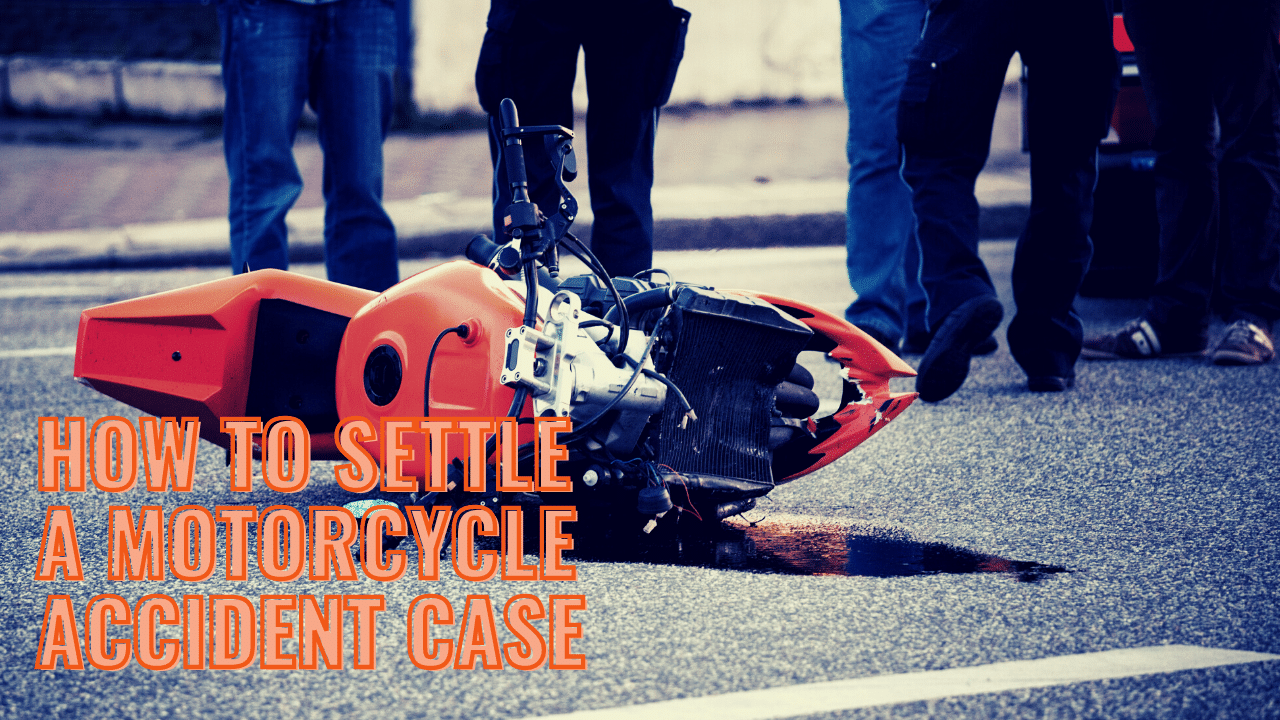 Taking a motorcycle accident case to court can do more harm than good to the victim. The exorbitant court costs and the long waiting game that come with trials are likely to impede a victim’s recovery, which is why most personal injury claims are settled before any legal proceeding is done.

But while agreeing on a settlement seems like the more convenient option, it does not mean that it is always the best solution. Depending on the facts of a motorcycle accident case, settlements can also end up being unfair to the victim.

So before making any decisions and accepting any offers, a victim should discuss with a lawyer first and weigh the options available.

To settle or not to settle

Before deciding whether to settle or not, a motorcycle accident victim should consider the odds of winning at trial and the amount in damages the jury may award. Being the victim does not guarantee a favorable verdict, so a thorough analysis of the situation must be done first.

Agreeing on the settlement amount depends on how long it will take for both parties to finish their respective investigations. This is to ensure that a clear understanding of the case is achieved.

Having a clear understanding of the damages and provided evidence is crucial for both the victim and the at-fault party. The last thing a victim would want is to settle a personal injury claim without knowing if medical care will still be needed in the future.

That is because, once the claim is settled, the at-fault party will not be responsible anymore for whatever future medical costs and related expenses the victim may incur, which is why the victim must anticipate future medical needs before accepting any settlement offer.

How much does a settlement cost?

There is no set amount for settlements because each motorcycle accident has unique factors that affect the total amount. However, both parties should account for the following before coming to any agreement:

No two motorcycle accidents are the same. Some damages and injuries are worse than others, so there is really no fixed amount on how much a victim is going to get. Several factors can influence this, so it can be challenging to get exact figures for your losses.

However, some factors are more common than others, so while each personal injury claim is unique, the following circumstances will always affect the settlement amount.

There are two types of damages incurred after a motorcycle accident: concrete damages and subjective damages. Concrete damages are those that are easier to predict because these will mostly be based on how much the victim has paid or lost and will continue to pay or lose. These include medical expenses and missed incomes.

Property damage is also considered concrete. The amount of damages to the victim’s motorcycle is dependent on whether the vehicle will be repaired or replaced. In cases where the market value of the motorcycle is less than the projected repair costs, the at-fault party may offer to pay the motorcycle’s market value instead of paying for its repairs.

However, not all insurance providers will be willing to pay. A common point of contention in many property damage claims has to do with damages unrelated to the accident. Insurance adjusters will look for any excuse to put most—if not all—of the blame on the victim, so even if evidence shows that their client was at fault, the insurance company can refuse to pay.

Meanwhile, subjective damages include pain and suffering. These damages are more challenging to value because they are less concrete. You cannot really put an exact amount on mental and emotional distress after all. Since these are harder to gauge, the closest way to predict the damages is to use previous similar motorcycle accidents as a basis for the settlement amount.

The severity of the injuries sustained by the victim after the motorcycle accident also influences the settlement amount. If the victim was previously an active person but is left permanently disabled by the accident, the damages could be higher than if the victim had already been physically inactive.

Moreover, if the motorcycle accident rendered the victim immobile in a way that affects his capability to work, the damages for lost earning potential could be higher than a victim whose livelihood is not directly affected.

Most of the time, members of the jury can be biased towards motorcycle riders than drivers of any other vehicle. They tend to award less substantial amounts because of their distrust for motorcyclists, even if evidence shows they are not at fault.

Since insurance adjusters are usually aware of this prejudice, they take advantage of it and significantly lower the settlement offer.

Assigning value to a case means making a projection on how much a jury might award the victim and how much the at-fault party is willing to pay. It also means identifying the settlement amount the victim is willing to accept should he or she decide to resolve the case outside of the court.

Two major factors come into play when valuing the settlement amount:  the extent of the victim’s damages—meaning how bad the motorcycle accident was and how serious the resulting injuries are—and the extent of the at-fault party’s liability.

However, if the victim has little evidence proving the other party was at fault, the settlement amount could significantly decrease even if the victim sustained severe injuries.

Should that be the case, the at-fault party might be more inclined to contest their liability in court instead of settling if the amount of damages is potentially high and their guilt has not been established.

It is for the same reason that the victim is more likely to accept a lower settlement amount because of the risk of not getting anything at trial.

Why settlements are better

Settlements may not always be the best course of action for every motorcycle accident, but there are several reasons why they are more beneficial than trials.

A victim’s compensation is guaranteed once both parties agree. Nothing ensures recovery than being able to financially support it.

With legal intervention, the settlement amount the victim will receive may not be as high as anticipated. Depending on the insurance coverage, a verdict with an amount greater than what is covered by the at-fault party’s insurance policy may limit how much the victim will be awarded in damages.

The at-fault party may also not have any assets, or if he or she has any, the assets might be protected from collection. If this is the case, the amount to be received by the victim would be substantially less than the actual jury award.

Any legal proceeding is costly for both parties. Not all victims have the financial capability to pursue a personal injury claim in court, and even the at-fault party will not want to spend more than they already need to compensate for the victim’s losses.

It can take a while before a case gets assigned to a judge for trial, and once it does, it can still take months or even years before a resolution is reached. Add that to the considerable amount of money both parties will be forced to spend on various court costs and settlement instantly becomes the more practical option.

Another advantage of settling is the opportunity for both parties to structure the settlement in a way that works best for them. For instance, instead of receiving the settlement amount in a lump sum, the victim may decide to receive it in installments as long as it is allowed by the at-fault party’s insurance provider.

Can you get PTSD from a motorcycle accident?