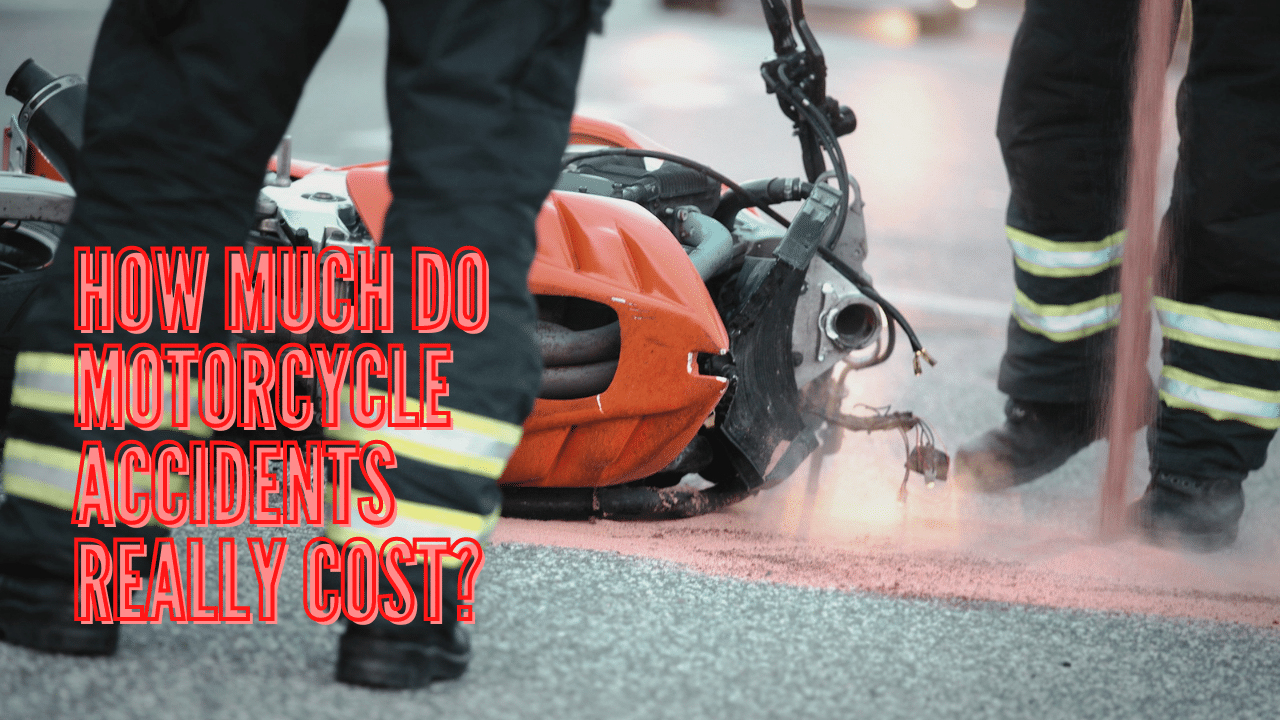 As years go by, more and more people use motorcycles as their primary mode of transport. This is not entirely surprising because as traffic situations worsen in many parts of the world, going from one place to another without any hassle is slowly becoming impossible for many people. With motorcycles, travel time can be significantly lessened, giving you more time to pursue other endeavors.

Not only is riding motorcycles convenient, but it can also be fun and exciting. For many people, the thrill of vulnerability gives them a sense of freedom. As the wind touches their face, they feel as though they are one with nature; that they are not simply riding, but are more like birds flying freely in the wild.

But it is all fun and games until one small mishap turns an innocent motorcycle ride into a life-or-death situation. In such cases, one must ask: is the loss of limb, or at times even life, worth the convenience and enjoyment of motorcycle rides?

Motorcycle accidents by the numbers

Regardless of whatever mode of transport you use, accidents will always be a possibility. But accidents involving motorcycles occur more often than any other vehicle. The National Highway Traffic Safety Administration (NHTSA) reported in 2018 that while motorcycles compose only 3% of registered vehicles in the United States, motorcycle riders make up 14% of road-related deaths.

In another 2018 report from the Insurance Institute for Highway Safety, the death rate of motorcycle riders was said to be 27 times more than that of car drivers and passengers. Their statistics also showed that, in the same year, almost 5,000 motorcycle riders across the US were involved in fatal accidents.
These numbers are mainly because of the vulnerability of the riders’ head and body, with head injuries being the most common type of fatal injury in motorcycle accidents.

Protect your head during the ride

Wearing a top-tier, Department of Transportation-approved helmet is a must, but using one does not guarantee exemption from accidents, fatal or not. However, several studies have shown that a critical head injury is less likely to happen if a motorcycle rider is wearing a helmet.

According to the NHTSA, the medical expenses of an injured rider who was not wearing a helmet, which amount to $17,404 on average, is 1/3 greater than the hospitalization costs of someone who was wearing one. They also estimated that in 2017, 1,872 motorcycle riders were saved by helmets, but 749 more could have been spared if only they had been wearing them.

How much does it cost to be in a motorcycle accident?

The cost of being in a motorcycle accident has no fixed amount. Many different factors come into play and they will all vary for each person. But one thing is for sure: motorcycle accidents ain’t cheap. You will have to shell out tens of thousands to millions of dollars, depending on the severity of the accident.

But what are these factors and how do they affect the cost of the accident?

According to the NHTSA, hospital bills comprise the majority of motorcycle accident costs. They put treatment for injured motorcycle riders at about $4,569 on average, while only $2,349 for car crash victims. If a severe head injury is involved, the costs will be much higher.

What is even worse is that serious injuries attained from motorcycle accidents can take months, or even years, to fully heal. Some may even turn into long-term, irreversible disabilities.

If your body is not spared during the accident, more so is your vehicle. Depending on how bad the accident was, your motorcycle may either need extensive repairs or be completely replaced.

Grave injuries can render you useless for a long time after your accident. Even if you fully recover, there is a chance that you may not be able to work in the same capacity again. But the worst thing is not being able to do anything at all because the accident left you completely disabled.

When it comes to motorcycle accidents, damages are not only physical and financial. Mental and emotional suffering, while not quantifiable in bills and receipts, is just as heartbreaking as the deep cuts and hefty medical costs.

The trauma victims experience after being in a motorcycle accident can be as lasting as the injuries sustained, and since there is no way to determine how much a person’s pain and suffering costs, these so-called general damages will greatly vary for each victim.

A motorcycle is at its most vulnerable when it comes across a car making a left-hand turn. While this may seem simple, such instances make up 42% of all motorcycle-related accidents.

In this dangerous situation, the car usually hits the motorcycle as the latter goes straight through an intersection and tries to overtake the car. These accidents happen between two four-wheeled vehicles as well, but with their smaller size, motorcycles are less visible to cars, making these accidents even more common.

What is a minor accident for a car driver could be a fatal one for a motorcycle rider. Road hazards such as slippery surfaces, loose gravel, uneven pavement, or any debris on the road can cause deadly motorcycle accidents. Because they are smaller and less stable than passenger vehicles, motorcycles are more vulnerable to unsafe road conditions.

Crashes involving a motorcycle and another vehicle make up 56% of motorcycle-related deaths, and a majority of these fatalities are from head-on collisions.

Only two things can happen to a motorcycle rider during a head-on collision: either the person is crushed or thrown in the air. Neither of these situations is going to end well for the rider. Since head-on collisions usually occur at high speeds, this means that the motorcycle rider’s chance of serious injuries, or even death, dramatically increases.

Lane splitting is when a motorcycle drives between two lanes of cars. This usually happens during a traffic jam and can easily lead to an accident because the motorcycle is too close to the vehicles on either side. Given its position, the motorcycle now has less space to maneuver around the cars which are not expecting a smaller vehicle to pass between them.

Reckless driving while under the influence of alcohol

Accidents, regardless of whatever vehicle is involved, are usually caused by reckless driving, speeding, substance use, or a combination of all three. With motorcycles, however, accidents are even more likely to occur because balancing one becomes even more challenging when you drive aggressively while distracted and drunk.

How to avoid motorcycle accidents

The faster you go, the less time you have to see and react to road hazards. Speeding makes it difficult to see an upcoming turn, which can make you go around the corner too fast. If you panic and hit the brakes too hard, you could go flying off the motorcycle. If you ride through the corner despite your speed, you may turn too hard and cause the bike to slide out from under you. Either way will hurt.

Avoid traveling at a speed that gives you little time to react to road hazards. An extra second could spell life or death, so make sure you are going at the right speed to give yourself ample time to maneuver around a bend, a gap, or a slippery spot in the road.

Be aware of your surroundings

Motorcycles are often rear-ended by cars at intersections, particularly when riders stop at crosswalks or allow animals to pass in front of them.

If you find yourself in this situation, pull over to the side and flash your brake light several times. Once you stop, look behind you to see if a car is coming. Keep your motorcycle in gear so you can pull away if a car approaches and it looks like it is about to hit you.

Do not drink and drive

Alcohol slows your reaction time and impairs judgment, which is why it is one of the most common causes of motorcycle accidents. Drinking and driving a car is already dangerous enough as it is; drinking and riding a motorcycle is even more dangerous because simply keeping the bike steady and upright requires balance and coordination, something that will be difficult to do when you are drunk.

Ensuring your motorcycle is in excellent running condition can help reduce the risk of a crash. Do this by routinely checking the engine, brakes, tires, headlamps, and turn signals before and after every ride.