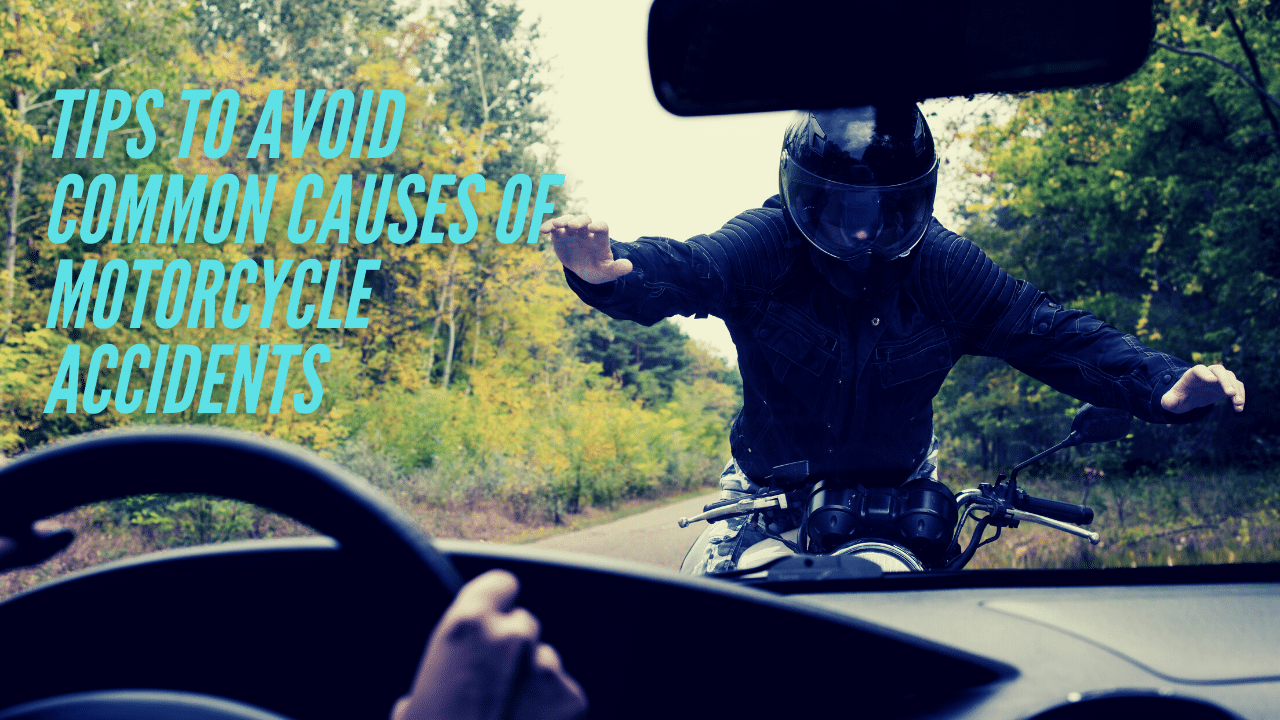 Almost everyone has heard about how and why motorcycles are dangerous and the serious accidents they can be involved in, giving many people the impression that motorcycles are inherently deadly.

But that is not exactly the case. A motorcycle is not a killing machine in itself, but the lack of protection is what makes riding one risky.

Motorcycle accidents are all too common, and while there is no way of knowing when one is going to happen, there are certain measures that can be taken to avoid such unfortunate events from happening.

Most motorcycle accidents happen when a car makes a sudden left-hand turn in front of a motorcycle, making this the leading cause of most motorcycle-related road mishaps. Such cases account for 42% of all accidents involving a motorcycle and a car, putting motorcycle riders in what could possibly be the most dangerous situation they could ever be in.

The turning car would usually hit the motorcycle when the motorcycle is going straight through an intersection, passing the car, or trying to overtake the car.

Aside from riding safely and wearing protective gear, a rider should be able to anticipate what the other driver is going to do. Some indicators can tell if someone could be turning left such as if a driver is waiting at an intersection, there is a gap in front of the rider, or if the other driver looks both ways at the last second.

Once a rider notices any of these indicators, the immediate reaction should be to slow down. Move away from the other car and onto the outermost lane then prepare to brake. Even if a turning car is not easily visible, a rider should always assume that a gap in front could be occupied by another vehicle.

Moreover, a rider should also attempt to make eye contact with the other driver. If both rider and driver notice each other, both parties should be able to acknowledge each other’s presence.

This means that another car is trying to move over into the lane where the rider is while they are right next to them. Motorcycles are easily obstructed in the blind spots of a car and given a motorcycle’s size, a rider could even be less visible to the other driver.

It is not always easy to know if a rider is in a car’s blind spot or not, but here are some signs that may indicate another vehicle is about to change lanes:

Regardless of the speed at which both vehicles are going, the motorcycle rider will either be crushed or thrown upwards and into some hard surface.

Reading the road means that a rider should scan the road in front of him while observing the hazards around him that can cause a motorcycle accident.

A motorcycle rider should slow down if he notices that another car is swerving or not paying attention. Bringing the speed down by even just 10 mph can spell the difference between life and death.

Riding off the road means that a motorcycle rider should slow down and merge into the shoulder or grass to his right to avoid a head-on collision.

Lane splitting is when a motorcycle drives between two lanes of stopped or slow-moving vehicles. This is a dangerous practice due to several factors:

A motorcycle rider must make sure that there is enough room to safely get through without hitting anyone or anything. Gaps in between stopped cars are also something to watch out for as these could be signs that another vehicle is trying to merge into the same lane.

Of all the fatal motorcycle accidents involving other vehicles in 2014, 30% involved a rider having a blood alcohol concentration (BAC) above the 0.08% limit. In motorcycle crashes involving only the rider, this was 43%.

Despite endless warnings from various entities about the dangers of riding under the influence of alcohol, many riders still fail to take them seriously.

When you hang out or go bar-hopping with friends, try to limit your beer intake, or better yet, do not drink any alcohol at all. However, if you really cannot help yourself, opt for getting a ride with someone else to and from your destination.

Motorcycles tend to be less stable than all other four-wheeled vehicles so it may be difficult to control at times, regardless of how skilled a rider is. This can be evident when a motorcycle turns a corner and is made especially dangerous when road hazards like a patch of sand, gravel, leaves, or a puddle of water are present.

Turning corners can also be dangerous when a rider miscalculates how tight it will be, causing him to turn too hard and too fast. If a rider does this then crashes, the risk of further injuries from other vehicles and potential road hazards dramatically increases.

Ride at a speed that will give you enough time to react when you see a tight corner or one that has a road hazard in it. Once you are about to reach a corner, enter it wide and slowly to increase your field of vision. If you are certain that there are no hazards and you can turn safely, you can then speed up and out of the corner.

However, if you do end up taking a turn too fast, do not panic. Doing so could make things worse and you might end up involving other vehicles. Refrain from slamming the brakes as this could make you lose traction and eject you from the motorcycle. Just stay calm and ride it out.

People buy motorcycles for many reasons, but the most common of them is convenience and speed. But with the increasing number of riders getting involved in motorcycle accidents due to speeding every year, this begs one to ask: does the convenience of riding one outweigh the dangers?

This is because these motorcycles are lightweight and can go extremely fast, with speeds that can reach more than 160 mph. Moreover, most riders of high-performance motorcycles are from the younger demographic, making it even more dangerous since younger people are statistically proven to be more reckless drivers.

Speeding can exacerbate everything on this list so ride your motorcycle at a safe speed. Motorcycles can still be enjoyable even if you follow the speed limit. Never rush because the faster you go, the less time you have to see and react to road hazards.

Too much speed makes it difficult to see an upcoming turn, which can make you go around the corner too fast. If you panic and hit the brakes too hard, you could go flying off the motorcycle. If you ride through the corner despite your speed, you may turn too hard and cause the bike to slide out from under you. Either way will hurt.

Avoid traveling at a speed that gives you little time to react to road hazards. An extra second could spell life or death, so make sure you are going at the right speed to give yourself ample time to maneuver around a bend, a gap, or a slippery spot in the road.